Rock, Paper, Scissors is a classic game known around the world. Accessibyte Arcade’s  version is fully audible, highly visual and playable either by one player or two. Challenge the computer or a friend to see who reigns supreme! 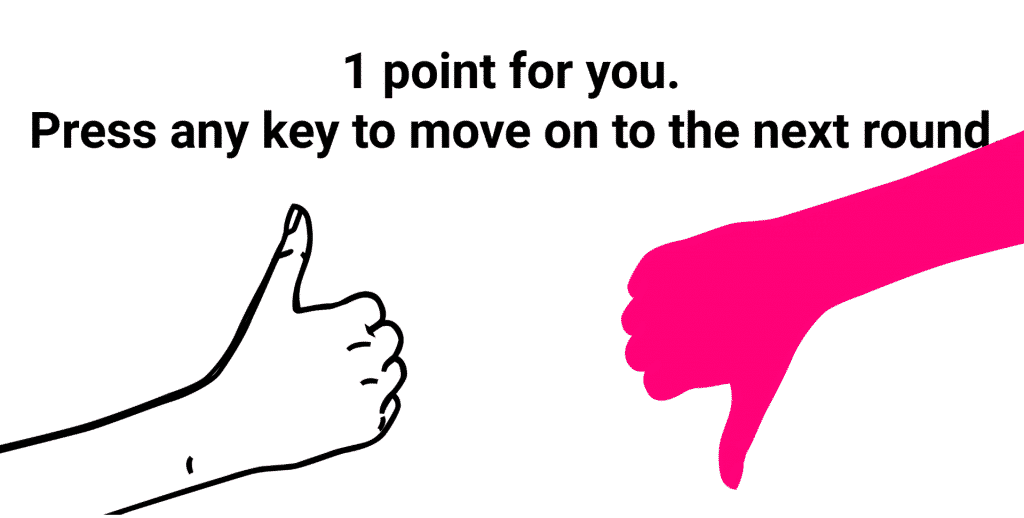 When you start Rock, Paper, Scissors, use the Up and Down keys to navigate the menu and press Enter to make a choice.

Single Player is a mode meant for a person playing on their own. They will challenge the computer to a game of Rock, Paper, Scissors. Each round the player choose either Rock, Paper or Scissors. The computer also makes a choice. Rock beats scissors, scissors beats paper and paper beats rock.

The objective of Single Player mode is to get as many wins as you can without losing. Your wins are recorded as a high score. If you manage to beat your high score, the game will make an announcement and record a new high score.

Rock, Paper, Scissors can be played with two human players sitting side by side. It’s best two out of three, so the player wins the round if they beat their opponent twice.

There’s a secret third mode to Rock, Paper, Scissors that will be unlocked over time. Keep playing and the secret mode will appear!

A ton of Typio Updates

Test your reflexes and reaction with Samurai – Accessibyte Arcade

Strategize as you battle through the Wizard’s Tower – Accesibyte Arcade